Different DCIs are scrambled by different kinds of RNTIs. This is used to address a specific UE, a group of UEs or all UEs:

Base station transmits PDCCH to UE using Resource Elements (REs) within a Control Resource Set (CORESET). For each DL BWP configured to a UE in a serving cell, a UE can be provided by higher layer signalling with P ≤ 3 CORESETs. For each CORESET, the UE is provided the following by ControlResourceSet:

Detailed descriptions of the CORESET configurations:

Detailed descriptions of the SearchSpace configuration: 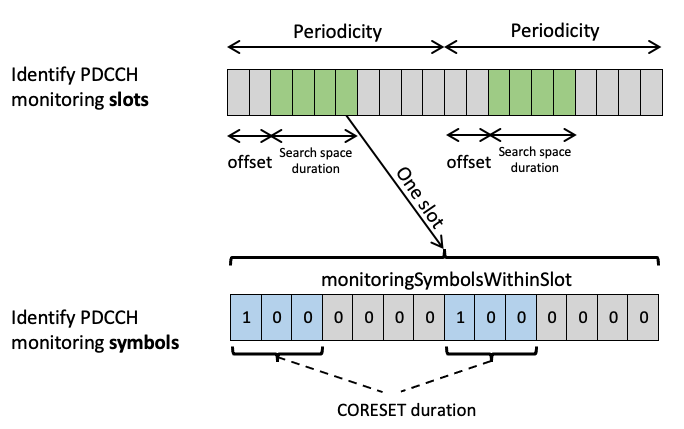 Within the search space, a UE performs blind decoding because it does not know the aggregation level, the position of the PDCCH within the set of CCEs, or the format, size of the DCI. To help limit the processing requirement of the UE, 3GPP provides in